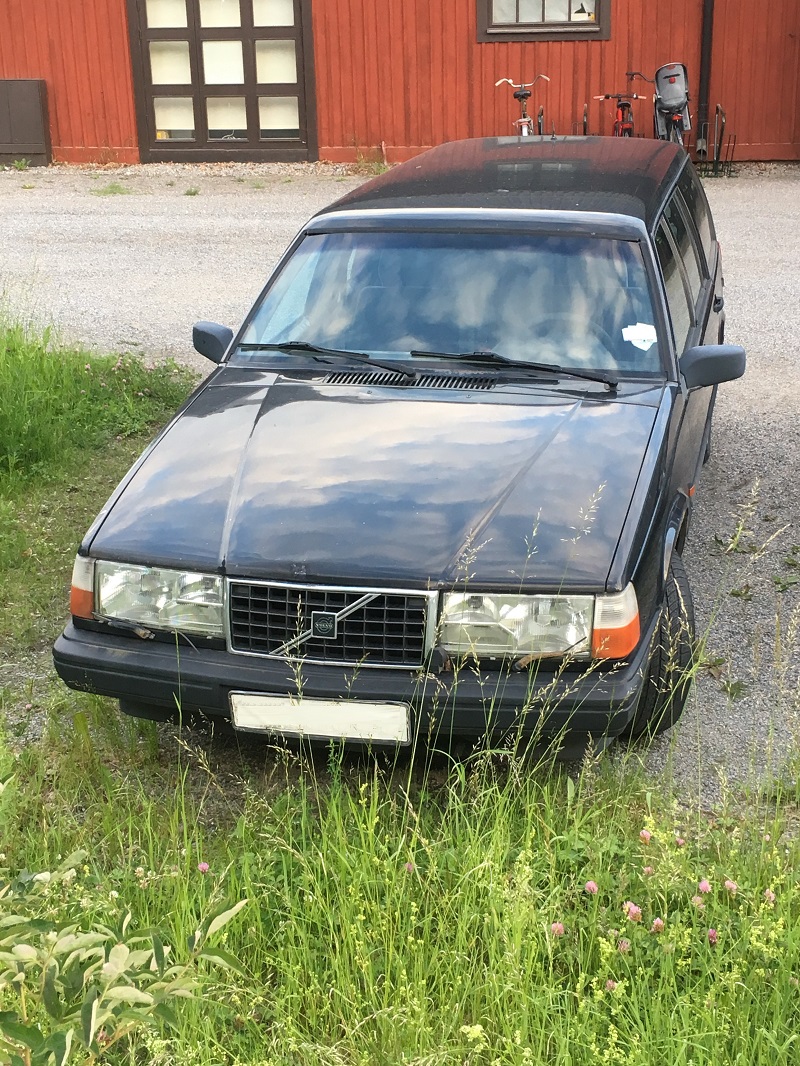 If Neil Young can write a song about his car, then I can write a blog entry on the same subject (no comparison intended). Let it be said. I have never had the slightest interest in cars. In fact, I'm a serial mistreater of cars. Never any regular service and rarely any car wash or oil change. However, one car stand out from the rest: a Volvo 945 Kombi, 1996 years model. Some die-hard Volvo enthusiasts claims that the 945 model is the last "real" car, where you could open the hood and actually see how it works. Haynes repair manual and a socket wrench will not apply today. Modern car engines are covered and you will need computer diagnostics. When you are popular some people can't stand you. A derogatory term for the Volvo 945 Kombi model is "sossecontainer" (where "sosse" is a slang term for "socialdemocrat"). Well, the socialdemocrats used to have many voters and some of them probably drove this car. At a management training course, where personality types where discussed, I learnt that people who preferred this type of car didn't seek adventure. I tick in the box. I didn't acquire the car as a result of a personality test or as a political statement. The opportunity just appeared. We had bought a terrace house in Suburbia and didn't have a car, which made us suspicious in the neigbourhood where most families had two cars. I bought the Volvo from a good friend. It had just being serviced with a new cambelt, new brakes and more. I knew that I broke the first rule. Never ever buy a car from family or friends. If trouble arises, very strained relationsship may occur. If you buy a car from someone you don't know and as issues come up, they will be dealt with in - if not professional - than in an impersonal order. I called my friend and told him that the car had broke down and that he had sold me a useless car. He didn't enjoy my joke. 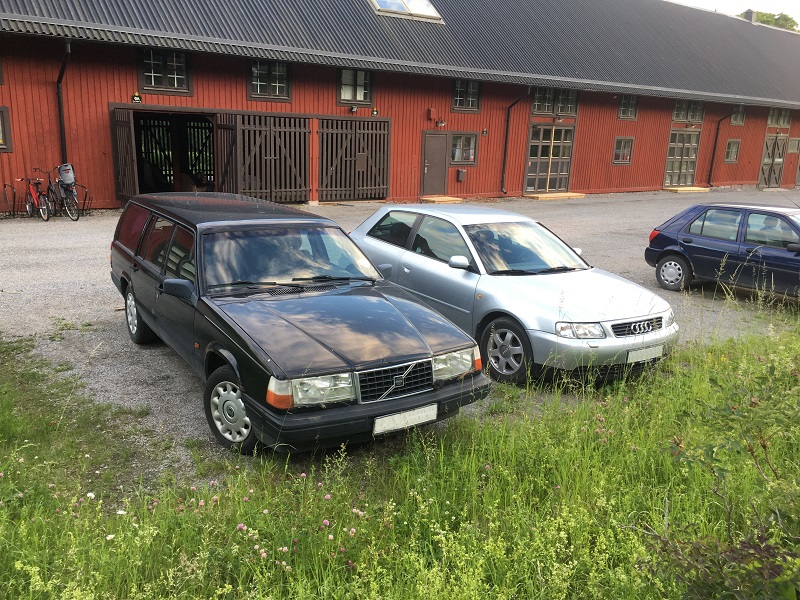 Who in their right mind would wreck the car on the left and buy the car on the right? I did. I broke the first rule again. My father-in-law offered us the silver Audi A3, 1997 years model (on the right) for practically nothing. I also broke the second rule. If it ain't broke, don't fix it. Let's compare the two cars. The Volvo was built to last and fit for hard winter conditions. When you turned the ignition key, it never failed. The car quickly got warm and the fan kept the windshields clear. The seat comfort was of royal standard and suited for long distances. The legroom in the backseat was generous. The dashboard was simple and intuitive. The loading capacity was enormous. If you fold down the back seats the loading capacity you could sleep there. It was also a crash proof car. On the downside: the fuel economy and rear-wheel drive prone to losing traction in rain, mud or snow. The Audi A3 starts indeed when you turn the key, but the battery has discharged two or three times. The heating system is a complete disgrace. In the wintertime the windshields are full of condensation. You have to wipe it off with a rug to be able to see anything. The seat comfort leaves much to be desired. You have to fold and unfold yourself in and out of the car. The legroom in the backseat is for people without legs. The dashboard is incomprehensible. The loading capacity is a joke. The fuel economy is, however, good. On the downside: almost everything. We have never connected. I have never played "Long may you run" on the car stereo. So, how could this happen? The Volvo 945 was a bit scruffy with incipient corrosion after years of neglect. Some people don't think of a car as a vehicle, but as a branding of themselves. A senior colleague, who I gave lift, was very surprised to find out that I drove a "drug addict car". He thought this was below my pay grade. But, new and expensive cars have never interested me. The same goes for my closest friends. My friend Johan has two principles: the purchase price of your car shouldn't exceed the purchase cost of your hifi equipment and always strive after to be the last owner of the car. Principles cost, but new cars cost far more. The Volvo 945 leaked some oil which meant that it always failed the Swedish Motor Vehicle Inspection test. However, the guys at my low-priced car service were practical men. They simply washed the engine and took it back for inspection. The car was approved, so there wasn't really an oil leakage problem. The fuel economy of the car wasn't any real problem either, since we drove less than 10 000 km (6 214 miles) per year. I broke rule number three. Never exchange something for nothing. 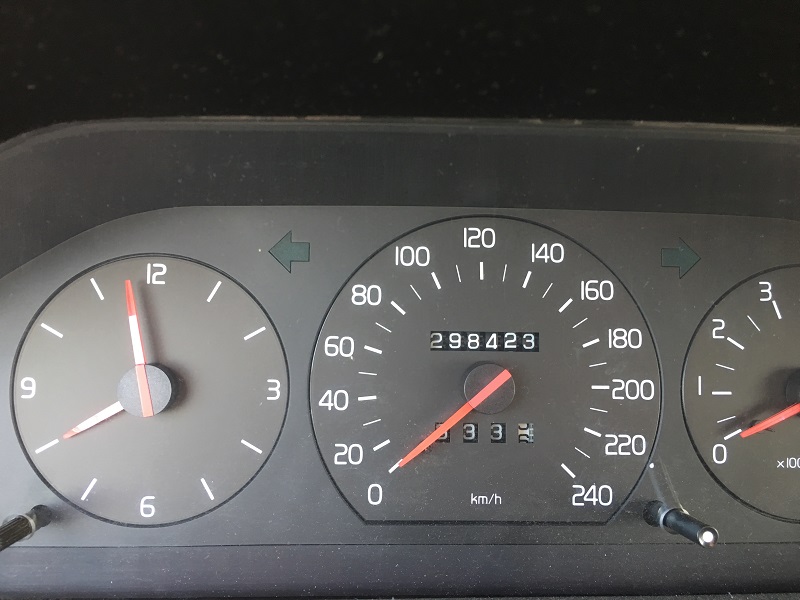 Neil Young's 1948 Buick Roadmaster hearse (a.k.a. "Mortimer Hearseburg") was last seen alive in Blind River Ontario, Canada (contrary to popular belief in 1965, not in 1962). The Volvo 945 was last seen in Lunda industrial area north of Stockholm in June 2017. It had been brought to a wrecking yard by yours truly. Why didn't I sell it? The answer is that selling a low-priced used car privately is like entering Dante's nine circles of Hell. You attract the lowest of the low. The son of good friends of ours had started a career as a used car salesman. He bluntly estimated the value of the car and also targeted the potential customer: a single middle-aged woman with dogs living in a geographically remote part of the county looking for a car with cargo grids. It settled the matter. I decided to wreck it and to lose the money. The man at the wrecking yard did some small talk while he was filling in the Certificate of Destruction. "What's wrong with it" he asked. I answered without thinking. "Well, nothing really. Some oil leakage". He look at me with incredulous eyes. Certainly, this man must have seen and heard everything, but somehow I think I directly made it to his top ten lists over terrible persons. To be able to wreck a perfectly good car takes a certain kind of cruelty. The mileage was only 298 423 km (185 431 miles). This is no mileage for a Volvo ("I roll" in Latin). The die-hard Volvo enthusiasts chuckles and say: "only running-in the motor". A mileage of 500 000 km (310 686 miles) isn't unusual for a Volvo. Admission of guilt is taking responsibility for a mistake. This was a terrible mistake. And you may now ask how a car ends up in a blog entry for a gothic country site. Well, maybe it's a bit of a stretch, but it's black and could easily be mistaken for a funeral car. And common themes in the gothic country genre are repentance, punishment and regret.