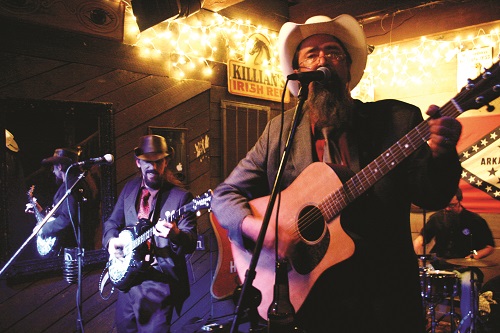 The Pine Box Boys is a band from San Francisco, California see their website here (opens in a new window). The band was formed in 2003. Originally, the idea was to call themselves “The Pine Coffin Boys”, but it seemed too intense for a band name and maybe also a bit obvious. There are a lot of pine boxes in the gothic country genre. Pine box or pinebox is American slang and refers to a simple coffin (unplaned pine). It's very cheap. The Pine Box Boys is a perfect band name for a "bloodgrass", “darkgrass”, “murdergrass”, "muddy roots", “horrorbilly” or “gothic bluegrass” band. The band consists of frontfigure Lester T. Raww (guitar and vocals), “Colonel” Timothy Leather (upright bass), Steven “Your Uncle” Dodds (drums) and Alex “Possum” Carvidi (banjo and vocals). Before they became The Pine Box Boys three-quarters of the band were “The Zag Men”, a noise band with a taste of Zappa-esque stage antics. They used to perform soundtracks to silent horror films. The difference between the former and the latter could be summarized in no murder, just mayhem. The Pine Box Boys isn’t a slick and delicate West Coast band. In fact, not one of the four boys are from San Francisco. Their music style and physical appearance is very Southern including long hair, bushy beards, Edward Gorey-ish neckties and needlenose cowboy boots. 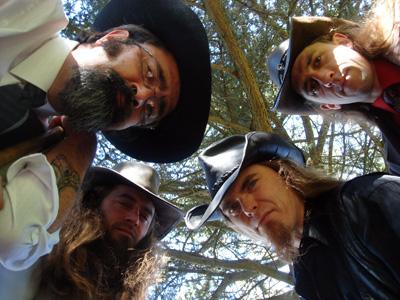 Frontfigure Lester T. (T stands for Tombstone) Raww grew up in Little Rock, Arkansas. On their website Lester blames his mother the emphasis of murder, misery, zombies and generally unapolegetic acts of mayhem. "My mother grew up REAL country, and she raised me on all those old songs. Before bed, she would sing murder ballads to me such as "Pretty Polly," "Skin and Bones Lady," and "The Knoxville Girl." She also liked horror films." In an interview with the San Francisco Examiner in 2013 Lester explained “The songs might be scary, but your mom's singing them to you while she's rocking you to sleep, so you still feel secure. So to me, those old songs are like wrapping up in a blanket on a cold winter night.” Lester's upbringing led into a unique brand of music. The original plan was to perform new versions of old murder ballads. However, soon Lester found himself composing his own murder ballads. As stated in other articles writing a murder ballad doesn’t mean that you're planning to kill someone in the near future (or even considering it). It's just an imaginative play with concepts and symbols. The concept of death in art has also a deeper and symbolic meaning than death in normal life. The actual murders are a secondary matter. It's the deception, despair, remorse and the divine justice that's important. Of course, this is all common knowledge for everybody with the slightest interest in the gothic country genre. 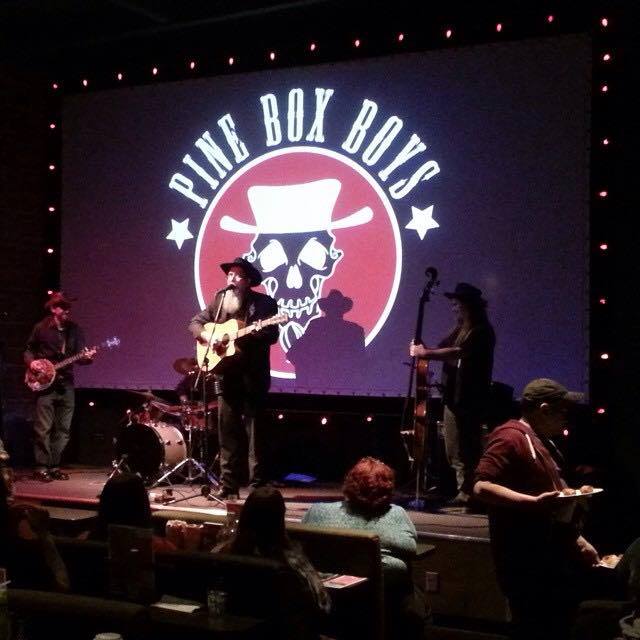 The Pine Box Boys have an odd setup of instruments. Most bluegrass bands would probably replace the drums with either a second guitar or a mandolin. However, the band has a hard-core approach to bluegrass and a deep respect for trash metal bands like Slayer. The drums are there to stay. The Pine Box Boys have labeled themselves as "rock musicians masquerading as bluegrass." Lester T. Raww has declared: “In my mind, I wanted something that sounded like Willie Nelson in a punk band. I even tried to play a nylon-string guitar hoping it would sound like Trigger [a Martin N-20 nylon-string classical acoustic guitar used by Willie Nelson, my remark]. This did not work. At all. So, I switched to a Martin; we sped up the tunes to bluegrass velocities and, well, here we are.” Their music has been described by San Francisco Weekly as “pitch-black, fetishistic tales of Americana gone awry, equal parts rock and bluegrass with a molten core of avant-garde freakishness”. The Pine Box Boys are, by gothic country standards, quite succesful and famous. They have toured in US and in Europe and also played with .357 String Band – a mark of quality if anything. At least, in my opinion. The Pine Box Boys seem to fit in everywhere. Even when they saunter in the cobblestone alleys in medieval towns of Western Europe with cowboy hats and boots (Picture taken from their album). This anachronistic picture of the boys shows one thing. Good and honest music travels far without boundaries. 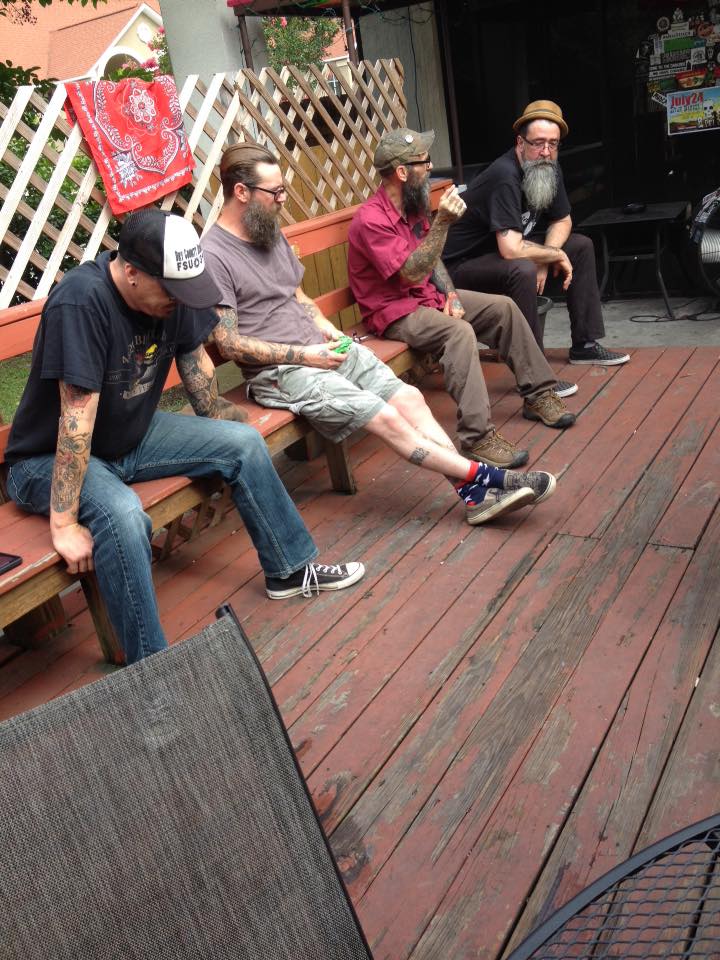 The Pine Box Boys combines a traditional (paying homage to the genre) and untraditional approach (infusing punk and metal) to the bluegrass genre. Some of their albums have a very hard expression while some have a softer edge. The Pine Box Boys doesn't seem to ponder very much about the future direction of their music. Lester T. Raww writes all music and is a very gifted songwriter. He has a respectable job as high school dean under his real name. In an interview with the San Francisco Examiner in 2013 he said “I don't hide my ink, and I don't have to curb who I am that much while I'm there. You're not getting any additional respect from a student because you decided to show up dressed like a banker — kids just don't respond to that.” Lester T. Raww explains: “I'm the guy who comes by and takes your knife away if you're bringing a knife to class, and the one who tracks you down if you're not showing up to school”. Some students have figured out his alias and listened to their albums. I'm pretty sure that Lester T. Raww doesn't have any problems with lack of respect or discipline in his contacts with students. Movies are very rare in the gothic country genre. The Pine Box Boys have made a close to zero-budget concert film "Good Evening Folks, We're the Pine Box Boys" in 2009. The movie was directed by no less than Dr. Astronaut Body (so far his only film). The Pine Box Boys have been playing together since 2003, which is a long time for any band in this article series. The conditions in the genre are hostile and the survival rate statistics is depressing. My assessment is that the Pine Box Boys know what they do and will continue to do what they do. One thing they really know is to introduce themselves. "Good Evening Folks, We're the Pine Box Boys and we write songs about horrible occurrences." Excessive murders without irony is boring. There's no shortage of irony in their music. On the contrary, it overflows with irony, observations and sardonic remarks.

Best songs: Skin And Bones Lady, 56, AR, Just A Crush, The Beauty In Her Face, The Tardy Hearse, Will You Remember Me?, More Pride Than Priors, Mr Skeleton, Dark Of The Holler, The Gravedigger, Pretty Little Girl, Confusion Hill?