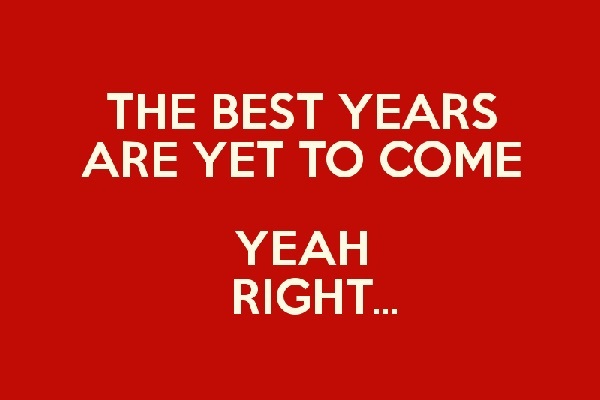 A new year and a brand-new decade is waiting around the corner. This time a year the newspapers and internet are filled with contradictory facts whether the world has become a better place. Be that as it may. One thing is for sure. The best years for the gothic country genre have come and gone. And if you don't know this, well what do you know? You can deal with this fact in a number of ways: denial, frustration, anger, apathy or - more unexpectedly - with optimism. Your choice depends on your mindset. I'm not an avid social media user. But, needless to say, to be able to manage this website I sometimes have to stare into the abyss of narcissism and inappropriate expressions of recognition. Personally, I value my privacy. My personal information is limited and the digital tracks left are few. The platforms need more information in order to filter out relevant content. And the result? The algorithms have targeted me as a vulnerable person in great need of uplifting and self-reinforcing messages, words of wisdom, pensive thoughts, aphorisms and truism. Hmm. Let's just say that there's room for calibration. Back to the fact that the best years have come and gone. I've seen it coming for a long time. Now, let's face the music and dance. When I summarize the year I can establish that it was a minor catastrophe in terms of quantity. Very few albums were released in 2019: "Evil Seeds" by Those Poor Bastards, "Songs Nine Through Sixteen" by DBUK and "No Justice" by Federale. They first two were pretty good releases, but the latter release was a huge disappointment for anyone who likes gothic western music. In terms of quality, I assess a slight deterioation compared with 2018 and 2017. The only album that exceeded my expectations in 2019 was "Doom Blues" by T.K. Bollinger And That Sinking Feeling. Great posthumous album.

What about next year? Is all hope in vain? I've had the same three wishes for four years in a row. The first wish: a new gothic country album from Christian Williams. This will probably never happen, since he changed style to experimental electronica a couple of years ago. The second wish: a new album from The Victor Mourning. This can actually happen since all band members are located in Austin again, playing and recording for all it's worth. The third wish: to acquire at least one of the hard-to-find four missing albums (read more here) and to get all albums from the defunct label Devil's Ruin Records. The first part failed. But, surprisingly I managed to get a hold of five (5) rare Devil's Ruin Records albums. I also acquired information from the knowledgeable seller (more in an upcoming blog post). The complete Devil's Ruin Records catalogue is (maybe) within reach. I wish for the same three things in 2020. What about new releases 2020? Next year is empty as Satan's heart. Maybe Sons of Perdition will find time and place for a new album. Attentive followers of the blog posts will notice that this was also my pious hope last year. And then it strikes me. Maybe there's a miniscule receptiveness for positive thinking in me, after all. And maybe the algoritms, in fact, are doing their job perfectly and knows far more about me than I give them credit for. My mind boggles when I think about it.