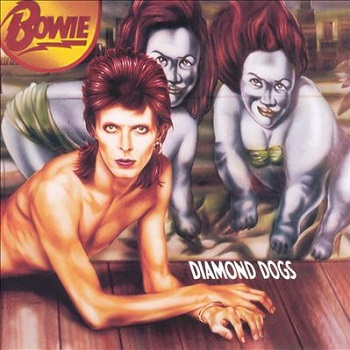 A take refers to successive attempts to record a song. The concept comes from the need to obtain a complete and at the same time acceptable take, which was especially important in the years predating multi-track recording and dubbing techniques. Musical takes were numbered sequentially. An alternate take refers to different versions of the same song from a single recording session. After the introduction of multi-track recording it's no longer necessary to obtain a complete single take. You can patch it up afterwards. With digital recording, you can refine or pervert the recording in infinite ways. Nowadays, an alternate take often refers to a demo or experimental version before the artists decides what shape and form the song should have and how it will be finalized. It's often very fascinating and instructive to listen to earlier versions and compare it with the original song. The original version is almost never outshined by an alternate take. However, it's the exception that proves the rule. In the rock music genre one such example is the demo version of "Candidate" recorded on New Year's Day 1974 by David Bowie (a.k.a. "Candidate 1" and "Alternative Candidate"). The original version of "Candidate" was released on the album Diamond Dogs the same year. The demo song was released as a bonus track on Rykodisc (RCD 10137). It's very elaborated for a demo. The versions are very different musically and lyrically. The demo version have only one line and a title in common with the original “Candidate”. The demo version is 5,05 minutes long, while the original version is only 2,40 minutes. Anyway, the demo version wipes the floor with the original version. 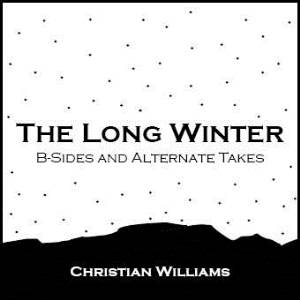 This phenomenon also exists within the "gothic country" genre. There are no shortage of candidates. The obvious choice is the early version of ”Cora” by Christian Williams (recorded in May 2006 and digitally released on "The Long Winter B-sides and Alternate Takes in September 2008). The original version of "Cora" was released in September 2008 on the debut album "For My Mind, It Was Flying". The song has the same rhythm and structure in both versions. However, there are important differences. The original version is catchy and upbeat, banjo-driven and ends with a fade-out. The song is 2:32 minutes long. The alternate take is slow and subdued, guitar-based and ends with a plucking chord. The song is 3:32 minutes long. You can listen to the two versions below and compare them. In which aspects does the alternate take outshine the original version? An answer would be that the original version is bad, but this is not really the case here, on the contrary. The alternate take is just as good as it gets. This version is made up by a perfect interplay between dark baritone vocals and restrained guitar strumming. The philosophical and thoughtful lyrics also becomes more prominent in this early version compared with the original version. The harmony sways and floats throughout the song. But, the attribute that is crowning this song, besides the vocals, is the simple but beautiful guitar strumming after the fourth and sixth (and last) verse. In my opinion, the sound board of a Martin guitar have never amplified a more deep and full-bodied sound. "Perfection is achieved, not when there is nothing more to add, but when there is nothing left to take away". There is nothing to take away here. Of course, there's nothing to add or alter either.

Here are the lyrics of “Cora” in its entirety: One mornin' 'bout the break of day/ I heard my loving pappy say/ By the Lord above this old oak tree/ Don't let me rest in no six-by-three/ No matter what your momma thinks/ I won't be bound by no chain link/ And when it's time for soul to die/ I want my ashes to fill the sky/ You can spill me from a moving train/ Or let me fall from an aeroplane/ However you do it, I don't care/ Just promise me I'll be in the air/ My eyes'll see New York's skyline/ While my legs stretch past the Great Divide/ My ears'll hear Congress debate/ while what counts is already in the Pearly Gates/ I asked, What of the preacher man/who says that we belong in the land?/ Ashes to ashes and all that stuff/ that we gotta go back to where we came from? / He said, The way I see it my curious son/ in heaven this old body won't serve no one/ If all I need is my heart and soul/ why not let these old bones circle the globe?