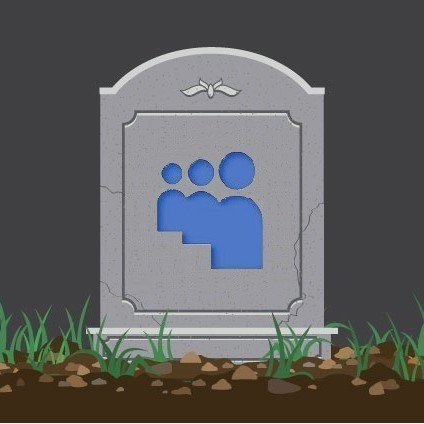 Holy crap! MySpace lost 12 years of music uploads in a server migration project. The loss could amount to as much as 50 million tracks by 14 million artists. Not only audio files were lost, also photos and videos. In an insensitive statement Myspace wrote "We apologize for the inconvenience". This must be the new low of business speaking points. An honest mistake? Some people question whether the loss was accidental. First, it took a while before Myspace admitted the loss. Second, files uploaded more than three years ago were lost (not any new uploads). Third, the migration appears to have been carried out in a very amatuerish way. Every decent migration project have a procedure for restoring data if anything goes wrong, like a backup. Apparently, not this time. Myspace was founded in 2003 and peaked already in 2006. All downhill from there and now (almost) dead and buried in the internet graveyard. However, Myspace still played a role as an archive. I don't care much for mp3-files, so why I'm a writing this blog post? The only reason is that some of the gothic country heritage were lost. In its prime Myspace was a popular platform offering an interactive, user-submitted network of friends, personal profiles, blogs, groups, photos, music and videos. Myspace has been useful for me in triangulating the genre. I've found first-hand information, rare photos and some demos there. Some of the pages were barely set up, before they were abandoned for other social media platforms. Other pages were pretty elaborated before they began to decay. Some of the pages are filled with optimism and high expectations. Of course, success never came. Some artists and bands have deleted their information making it hard for people like me to follow them in their footsteps. What can we learn from the Myspace catastrophe? Always make a backup. And if you forgot this and all is lost. Test your speaking points on a focus group before going public.