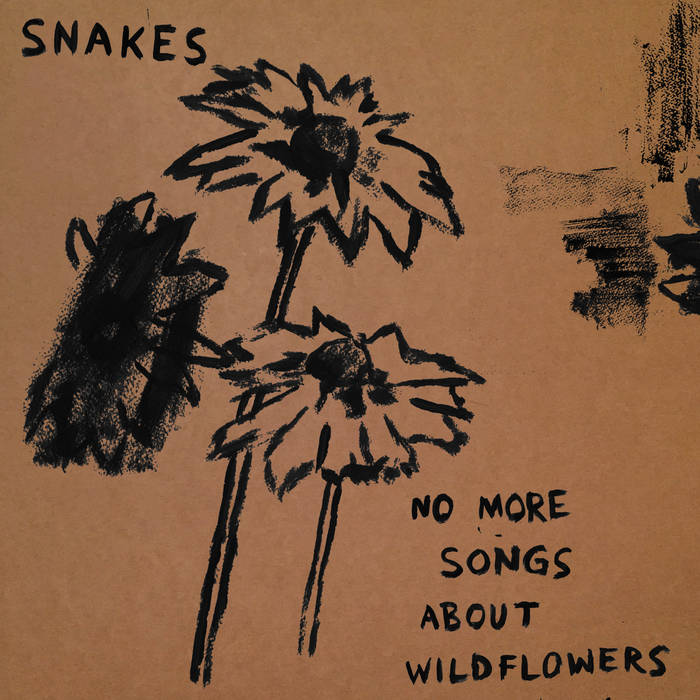 The break up of the short-lived but promising gothic country band (The Sterling Sisters) was announced in a simple text message, read more here (opens in a new window). It was, prematurely, time to move on. Frontman George Cessna pursued a solo career and formed a new band, Snakes. Product declaration: rock 'n' roll. I didn't follow them any further. The drastic change in musical direction was only partially true. There's still a distinct gothic country streak in the music. In March 2018 Snakes released their latest album "No More Songs About Wildflowers". I will now walk you through the album. The first song is "River Dream/Roll On". I really love the first part of the song, which has a floating and dreamy sound. The second part, however, is brutal and merciless rock 'n' roll to the bone. The same could be said about the second song, "Wasted Days". However, the third song "Flora" stands out with its epic arrangement and poignant lyrics. In the fourth song "The Banjo Song" we are sent back to the barren desert landscapes of rock 'n' roll again. The band apparently mixes and gives. The fifth song "Godnight Irene" is a cover by blues legendar Leadbelly. Their take on the song is one of the highlights on the album. An extra plus for the old-school organ arrangement. The sixth song ”Instrumental” is a short instrumental filler. The gothic country quality is restored in the seventh song "The Morning Song". The eight song ”Preaching For The Choir” is plain and loathsome rock 'n' roll again. The last three songs are outstanding. The ninth song ”Thinking Of You" unfolds slowly. The tenth song "Nothing On My Side" with organ and pedal steel fulfills my expectations on how modern gothic country should sound like. The eleventh and last song on the album is "The Cheasapeake Hospitality Waltz". As mentioned in many other articles the closing song is important. When the song ends after some distant yodeling you know it's over. Nothing to add or withdraw. And finally, the overall assessment: This is a rock 'n' roll and country album. I'm a purist and formalist. For me, it's either rock 'n' roll or country. But, this is a very good album. I like the attitude and casual brilliance. However, this would be an extraordinary album if the rock 'n' roll parts had been left at the door. A minor negative remark is the annoying format fetishism with vinyl and cassettes. It's time to combat age discrimination in the gothic country genre. We, the elderly, still prefer cds.