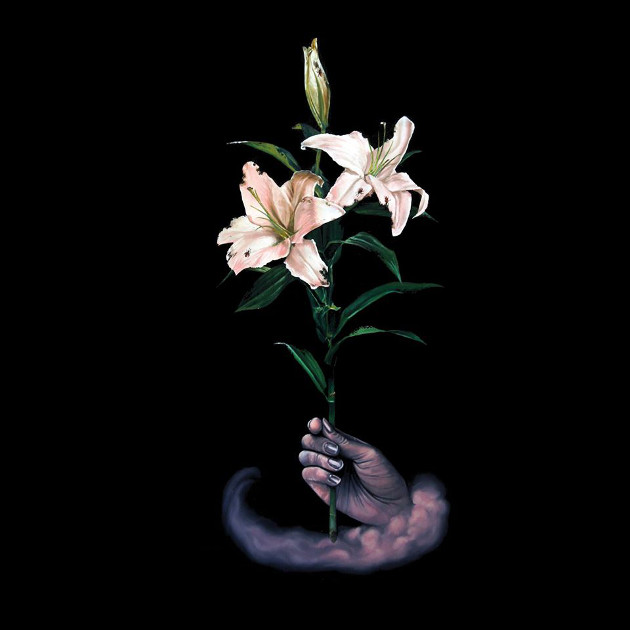 Time brings everything to those who wait. At least, this is what the proverb says. Let's test the validity in this review. I’m probably not the only one who have waited a long time for an album from DBUK (formerly known as the Denver Broncos UK). DBUK was formed about ten years ago as a side-project to Slim Cessna’s Auto Club and Munly and the Lupercalians. This band triangle could mean two things. On one hand: many committments, on the other hand: a common schedule planner. Munly Munly, Slim Cessna, Lord Dwight Pentacost and Rebecca Vera (all four of them) play in Slim Cessna’s Auto Club and in Munly and the Lupercalians. As mentioned in other articles most musicians in Denver play in at least one band, but often in three bands or more (everything else seems to be lack of endurance). However, it’s questionable if this versatility favors songwriting and recording. A lot of water has namely flowed under the bridge since DBUK made their first recordings on a four-track in 2006. Actually, some of these songs are now released, that is, almost after ten years. To be fair, a 7" ”The Red Cross Is Giving Out Misinformation” / ”Immaculately Warded Children” was released in 2013. ”Songs One Through Eight” is their full-length debut album. The implausible resurrection of vinyl has led to significant shorter albums (to fit in on the A and B side). The album is approximately 41 minutes long and contains eight songs (hence the title). The album was released on SCACUNINCORPORATED (their new and own label) on October 30th 2015. The label also hosts Slim Cessna’s Auto Club and Munly and the Lupercalians. The album artwork is tasteful and designed by Heather Reynolds. You can buy the album in the format of your choice, just click on the second icon from the left (bottom). 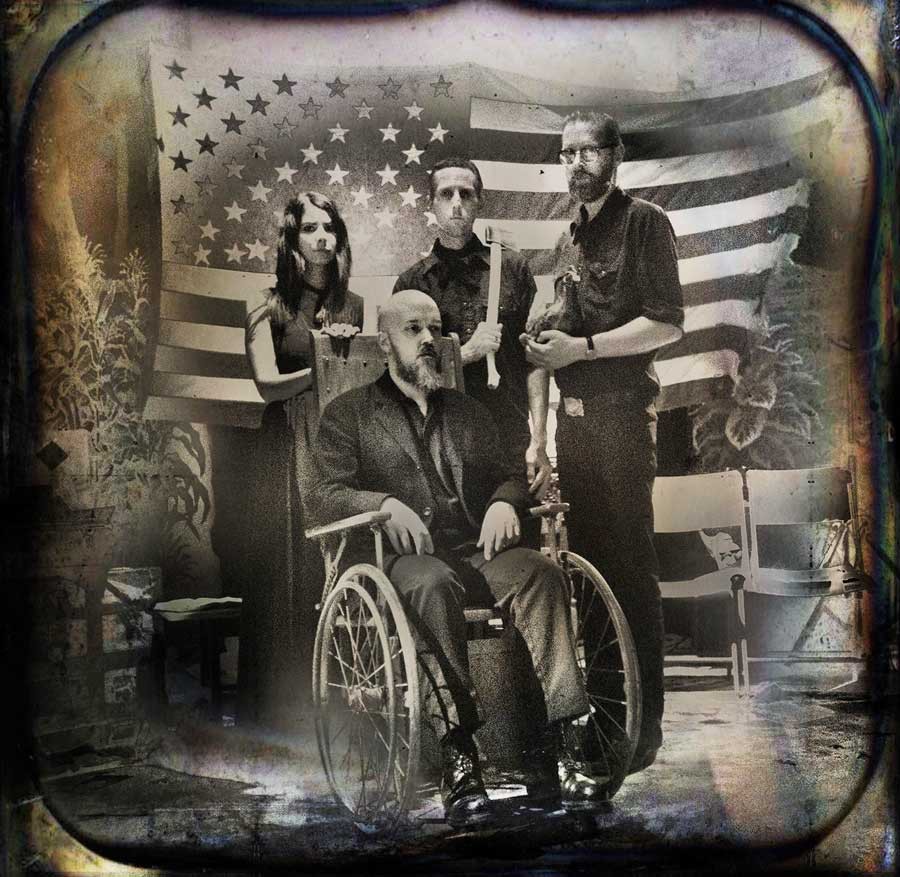 I will now quickly walk you through the album. The album begins magnificent. The first song is "Broncos Fight Song", written already in 2007. In fact, the song has circulated on internet together with a lavish video for eight years. The video was filmed and edited by Jon Killough the same year. This is a slow, dreamy and moody song. The song is sparingly orchestrated. It relies heavy on Munly’s unmistakable voice, placed somewhere between half-singing and half-mumbling. The highlight of the song is the echo-type vocal sequence between Munly and Vera at the end of the song. "Broncos Fight Song" is pure quality. The proverb seeems to be valid. The strong introduction makes me ask myself: is there more of this or have they burned everything they got in this song? The second song is "Jim Nabors, From Bass To Mezzo-Soprano". The song does not only have a funny title, it's also a good song. It's built up by a guitar loop and semi-frantic vocals. The third song "The Columbia Girl" have a good song structure and elaborated lyrics. Unfortunately, the vocals are highly theatrical and strained, which makes it the weakest track on the album. You begin to despair about the proverb. However, the fourth song "Uncle John’s Boat", a catchy bagatelle written by Slim Cessna makes you regain hope. The song, in all its simplicity, is very beautiful. 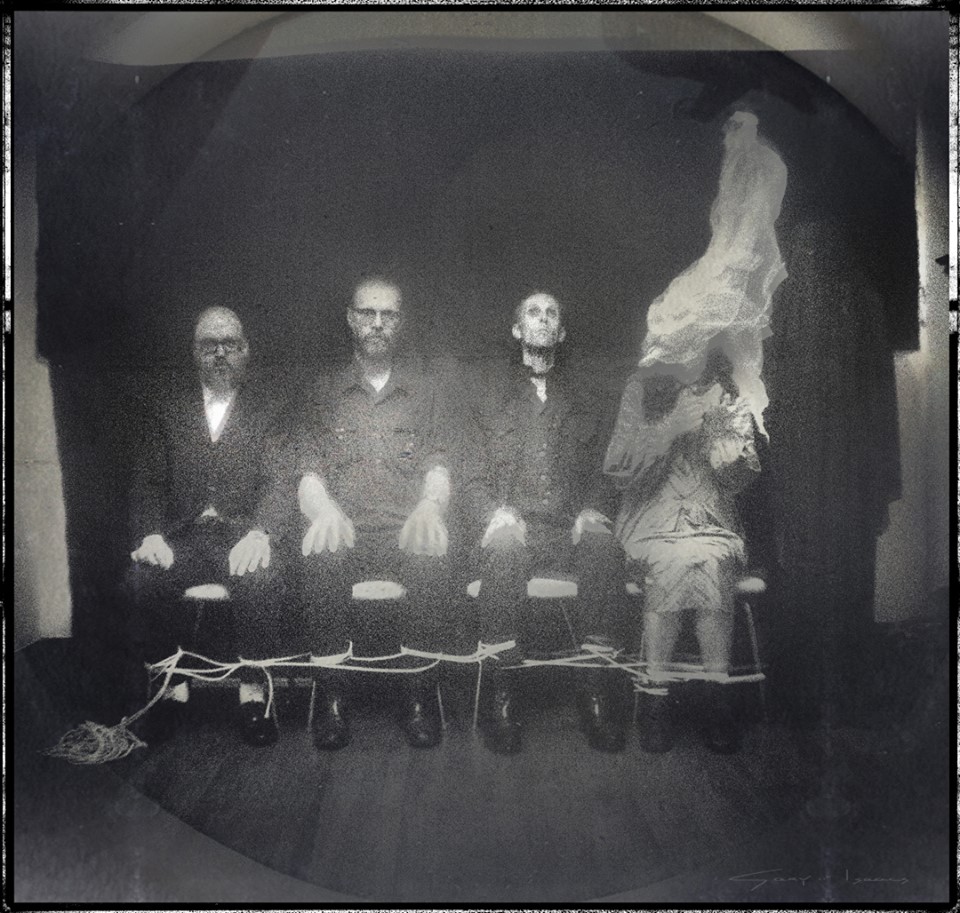 The fifth song "Three Bloodhounds, Two Shepherds, One Fila Brasila" puzzles me. DBUK is a side-project to Slim Cessna’s Auto Club. Therefore, I can’t see the point of including a song from SCAC’s latest album ”Unentitled” on this debut album, unless as an album filler. But, I don’t think the song is meant to be an album filler. There’s really no shortage of creativity among these people. On the contrary, it’s literally overflowing. But, the choice is strange. The SCAC and DBUK versions are very similar, which makes the choice even more strange. Why didn’t they make a version of Munly’s ”The Gashlycrumb Tinies” from 2000 instead? That choice would have been much more interesting. The sixth song ”Immaculately Warded Children” is, by far, the best song on the album. The song grabs you in a firm grip from the beginning to the end. It’s much darker (not to say gruesome) lyrically than other songs on the album. You find yourself humming: "I’ve got a good good heart / I’ve got a good good heart". This song has everything. The proverb is valid again. The seventh song ”I Hid & Seeked the Funnel” is a very good song. The vocals are dark and elevated. The tempo cranks up with more layers of instruments and Choir. The eight and last song on the album is ”The Red Cross Is Giving Out Misinformation”. Very good and ironic title, I give DBUK that. The last song is very important. It concludes what the band want to say with the album. However, the last song doesn't meet the standards of a good closing song. The song is too unfocused, playful and relaxed for that purpose. The last song goes over in a ”bap bah” vocal part before it ends with a long organ fadeout.

And finally, the overall assessment and the validity of the proverb: ”Songs One Through Eight” is a debut album which took over ten years to release. My expectations are sky high and to a large extent affected by the high standards of the previously released songs: ”Broncos Fight Song” and ”Immaculately Warded Children”. However, ”Songs One Through Eight” contains both highs and lows. The highs on the album are extraordinary high, while the lows are not disturbing low. This determines the rating of the album. If there only were two or three songs of the same caliber as ”Broncos Fight Song” and ”Immaculately Warded Children” this would be an exceptional album and maybe even the album of the year. Now, it’s just a very good album. The pace new songs are written are by any standards slow, despite the acknowledged creativity within DBUK. Splitting yourself into three parallell bands is probably very artistic rewarding, but maybe there’s a price that have to be paid. My impression is that DBUK simply don't have enough material for an exceptional album. But, making a very good album is certainly no disgrace in the times we are living in. And what about the proverb? The answer is yes, it's valid.

If you click on the icons below they will open in a new window, from left to right: DBUK's Facebook page, Scacunincorpoarated page (where you can buy a physical copy), DBUK's Myspace page and DBUK's Soundcloud page.