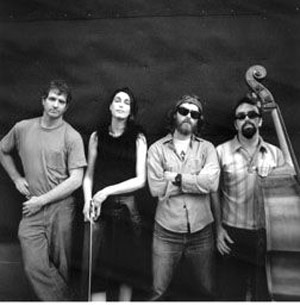 Trailer Bride is a band from Chapel Hill, North Carolina. The band was formed in 2003. Trailer Bride is often labeled "southern gothic". Other common labels are "spooky gothic" or "swampy gothic". Chapel Hill is situated in a warm and humid area, where snakes and insects thrive. It’s therefore difficult to imagine any other kind of music than "gothic country" coming from the band. Trailer Bride is a perfect name for a "gothic country" band. Trailer Bride was formed by singer and multi-instrumentalist Melissa Swingle (guitar, banjo, piano, accordion, harmonica and saw), Brad Goolsby (drums), Bryon Settle (guitar) and Robert Mitchener (bass). The line shifted over the years. Settle and Mitchener left the band after the first album had been released. Mitchener was replaced by Daryl White. Scott Goolsby (guitar) became a member prior to the release of the third album. After the fourth album the Goolsby brothers left the band and were replaced by Tim Barnes (guitar) and John Bowman (drums). This is also the lineup of Trailer Bride you see to the right. 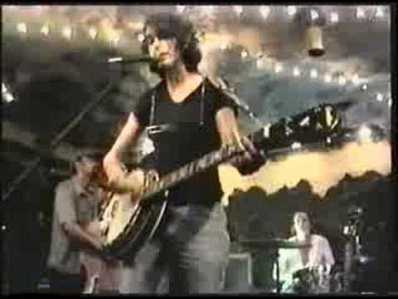 Front figure was Melissa Swingle who wrote virtually all the music and lyrics. Swingle has an interesting background. She grew up in Mississippi in the Deep South. Her parents were Baptists and when she was ten years old, they moved to the Ivory Coast to missionize. Melissa Swingle returned to Mississippi in her teens to go to college. There she met her (then) husband and moved to Chapel Hill, North Carolina and had a daughter, Isabel. Religion was ever present in childhood. This circumstance has affected Melissa Swingle in many different ways. The fear of going to Hell was ever present. Meanwhile, there was - as is often the case - a strong dualism between the religious and secular. Her first band was a female trio with the dubious name Pussy Teeth. Trailer Bride is not a band that is played on Christian radio stations. The lyrics are dealing - in brief - with sex, death, sin and reconciliation. They lyrics are also about love, but with a distinctly bias towards unrequited and /or dysfunctional love. In addition, Melissa Swingle had periods of depressions that more or less influenced her songwriting. Melissa Swingle have strong artistic ambitions and painted before the music came into her life. Painting is also an artistic vein she shares with musicians like Tracee Miller (Blanche) and Rennie Sparks (Handsome Family), who also are rooted in the "gothic country" genre. Melissa Swingle has made all album covers (except for the second album which is designed by her daughter, Isabel). After Trailer Bride was disbanded, Melissa Swingle started to play in a duo with Laura King (drums) under the name The Moaners. One can trace some of the songs back to Trailer Bride, but the music is generally much harder (more garage-oriented and indie). The Moaners has released three albums and is still active as a duo. 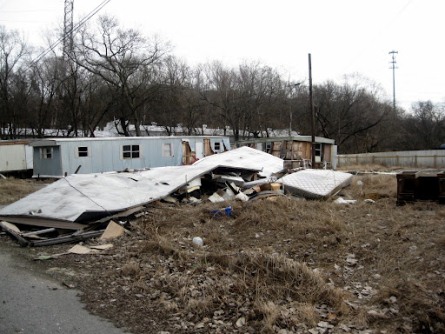 The music is - with a worn but valid term - unique. Trailer Bride does not sound like any other band. It’s relaxed on the verge of unconsciousness. The music is fairly electric and often features echo and reverb. Swingle’s vocal works as an additional instrument and fills the few remaining holes that are left in the sound. It is messy and drawling at the same time. But what really characterizes Trailer Bride is the use of the saw in the music. It’s as spooky as when the Konrad plays saw in the movie "Pippi On The Run" (1970). Melissa Swingle draw the conclusion that there’s no difference between an expensive saw (designed for music) and a cheap saw (designed for handicraft). The only important feature is that it must be of 100 percent steel. The music moves between genres: slow bluegrass, country, blues and over to indie rock. The music can be described as a little "twangy", while the lyrics are "quirky". Melissa Swingle is, by "gothic country" standards, a very gifted songwriter. A lot of thought and effort has been put into lyrics to get them to interact with the music. The lyrics are intelligent, humorous and ironic, as in the remark "the mobile homes is not safe in a tornado" (see picture above). The lyrics are poetic by "gothic country" standards. In some cases, they lyrics are inspired by real encounters as the surreal meeting between the band and the hillbilly outlaw - dancing Jesco White, whose oneliner: "I do not get out much on account of being famous" is referred in the song "Jesco" on the fourth album High Seas.

Trailer Bride was active during 1993-2004. The production rate was high. They released five albums in seven years. Trailer Bride (1997), Smelling Salts (1998), Whine De Lune (1999), High Seas (2001) and Hope Is A Thing With Feathers (2003). All, but the first album were released on Bloodshot Records. I have all the albums. The first album, Trailer Bride, was expensive and hard to find. After some hesitation, I came to the conclusion that it was worth £34 to have a complete Trailer Bride collection. However, this album is the weakest in the production. The other albums are however solid.