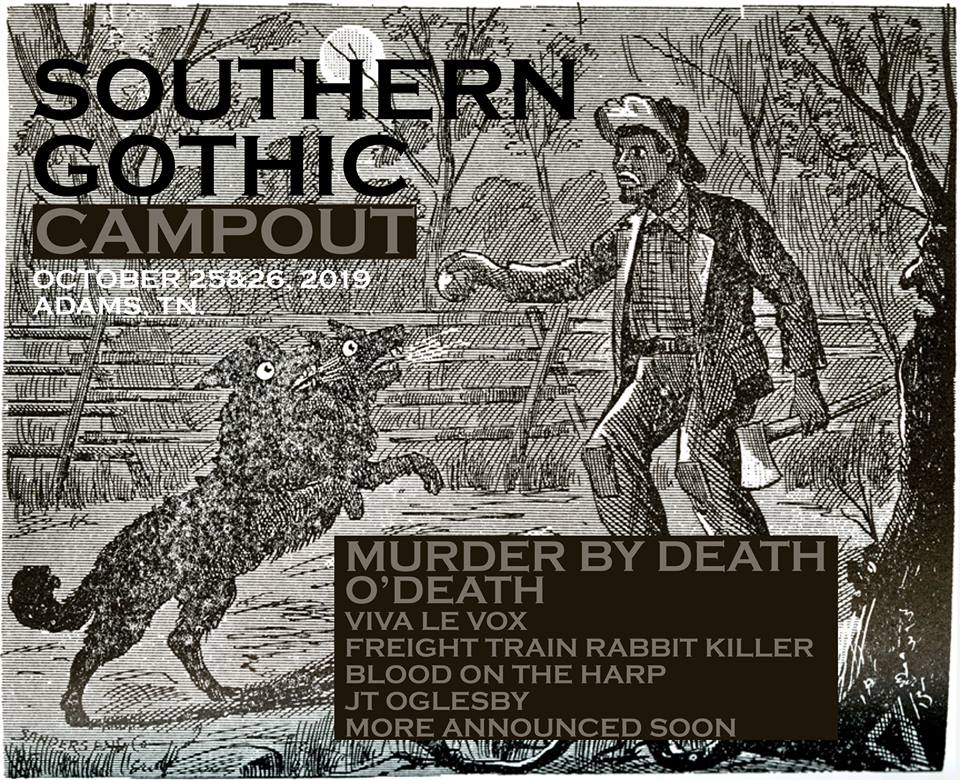 Once is an incident, twice is a trend, thrice is a tradition. Southern Gothic Campout (SGC) is a trend, but hopefully it will turn into a tradition. The dark roots music festival will as before take place in the middle of nowhere in Adams, TN and near the home of the Bell Witch. SGC will surely not beat the Woodstock festival in 1969, which unexpectedly attracted an audience of more than 400 000 people. There's a number of reasons for this prognosis. The most important reason is that tickets are limited to 300. The attendance figure in 2017 was approximately 100. What can I say, the genre attracts a small but dedicated audience. Reportedly it was freezing and pretty remote. Among the bands that performed in 2017 were no less than Those Poor Bastards (evil doom country) and Sons of Perdition (apocalyptic doom country). These bands both fit the "Southern Gothic" bill. But, what about the rest of the bands and artists? The term "Southern Gothic" seems like a misnomer. According to a primary source there were probably three or four acts that could be filed as gothic. And this isn't just the purist point of view. It's an objective fact. The gothic factor seems to be constant this year. But we shouldn't let the best become the enemy of the good. SGC is a great initiative. The main attractions and the bands with the largest fonts on the poster are Murder By Death and O'Death. Other bands are Viva Le Vox, Freight Train Rabbit Killer, Blood on the Harp and JT Oglesby. More bands are to be announced. This event sounds like a lot of fun. But, I will stay home and read about it instead. There's a number of reasons for this damper decision. One reason is that Swedes generally are strangers to camping in late October.