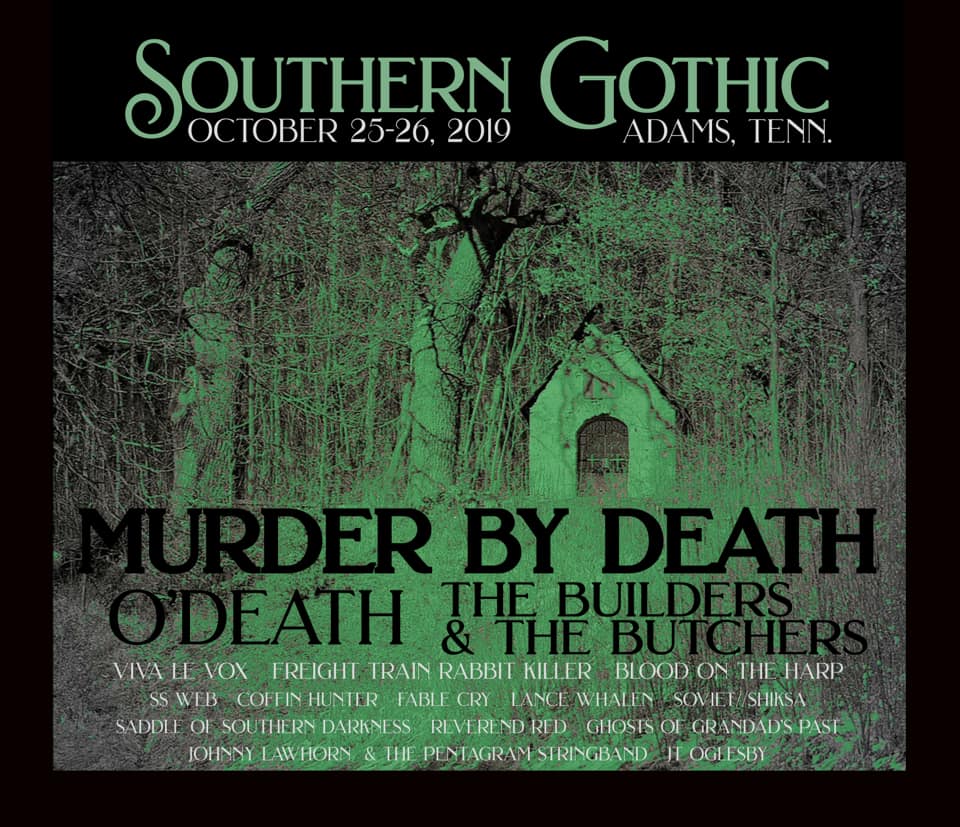 This weekend Southern Gothic Campout took place for the second time. The headliners were no less than Murder By Death, O'Death and The Builders & The Butchers. However, there is a world of difference between them and the bands in smaller fonts. Not only in terms of being renowned, but in terms of being gothic. More bluntly put, do all fit the gothic bill? The genre shares thematic connections with the Southern Gothic genre of literature. Songs often examine poverty, criminal behavior, religious imagery, dysfuntional relationships, death, ghosts, twisted love, alcohol and drugs in all forms, murder, the Devil and betrayal. The festival arranger, Muddy Roots Records, stretches the Southern Gothic concept to its limits in their promotion of the event (choice of imagery, fraktur-style fonts and references to the Bell witch). One example: "We’re headed back into the dark woods of Adams, TN., home of the chilling Bell Witch lore. We hope to survive camping Friday and Saturday along the blood Red River." Maybe people want to be tickled. The selection critera of bands doesn't meet my purist demands. Does it matter? A dedicated music festival is better than no festival. But words do matter. Southern Gothic should be reserved for Southern Gothic. Personally, I would "rather be dead in a ditch" than to use the term "Southern Gothic" incorrectly. A spade is a spade, and not a gardening tool.