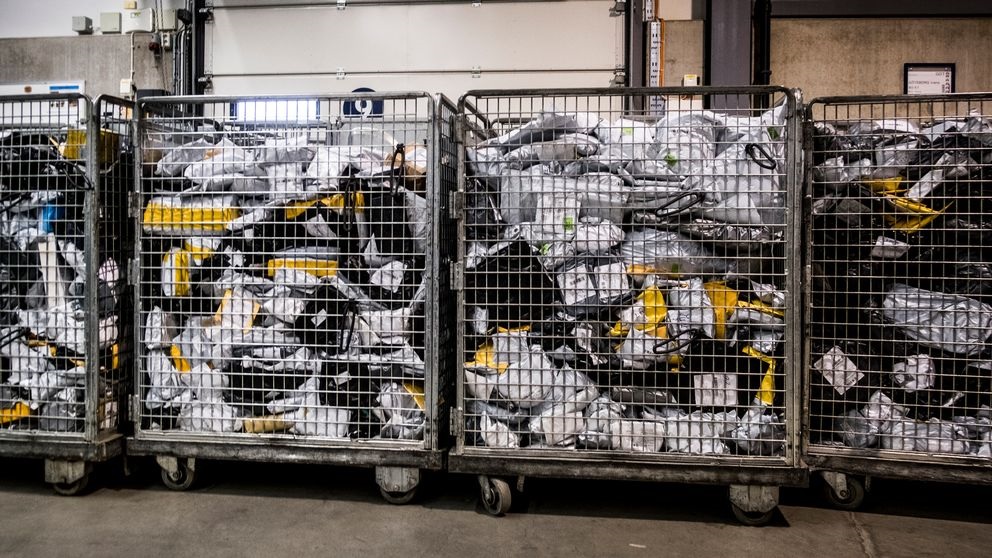 It's popular to blame the Chinese. I will hereby join the whining chorus. Under Swedish legislation VAT should always be charged when making purchases from non-EU countries. The VAT is 25 %. This has been half-hearted applied by the Swedish Postal Service (PostNord). In fact, PostNord has always turned a blind eye towards my non-EU purchases. The Swedes are early adopters and quickly discovered that they could buy dirt cheap items on-line from China. PostNord was literally flooded with parcels (cell phone cases, electronics, make up articles, bling-bling and other items). Their postal terminals bulged. The Swedish Customs put PostNord under pressure. Something had to be done. The action from PostNord was diabolic. They simply stopped delivering parcels and, in addition to the VAT, imposed an administrative fee. If the value of a consignment is less than SEK 1,500 ($170) the fee is SEK 75 ($8.50). The administrative fee meant that cheap items instantly became expensive. The parcels not paid for were sent back to the sender according to international agreements. The PostNord action also affected purchases made within EU. Some low-priced sellers of used cds on Amazon.uk ship from Guernsey in the English Channel, which is non-EU. Their shipments nowadays end up in the small-meshed net of PostNord. The action is unproportional. The VAT is often calculated to $0.50, while the administrative fee is fixed to $8.50. If it wasn't for the Chinese flooding I would have been able to continue to fly under the radar. What shall I do? I stand like a donkey between two wisps of hay. The cost increase for US items is hard to accept. I will have to pay $10-12 for the cd, $15 for the shipping and $10 for VAT and the administrative fee. Do I want to pay a total of $35 for a gothic country cd? Maybe, but it better be damn good.