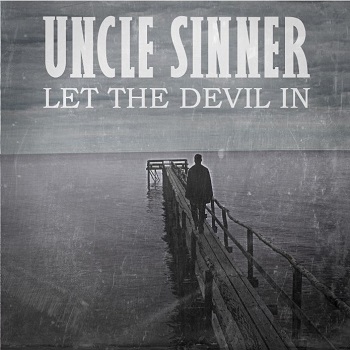 Uncle Sinner has now released his second proper album with the title "Let the Devil In". Hereby the concept of "firmly arbitrary deadline" got a new and deeper meaning. The exact phrase was formulated in the summer of 2011 as "I think I will set December 2011 as a firmly arbitrary deadline for "let the devil in". Since then, the schedule for the release has been postponed several times due to external and internal factors. However, deadlines are only deadlines and must be changed when reality takes over and you can't control all the variables. Uncle Sinner also dislikes deadlines and the feeling that he owe people something. The factors beyond control and the attitude towards deadlines and other peoples expectations means that the album will be ready when its ready and not before. However, six years have elapsed since the release of the debut album "Ballads and Mental Breakdowns" on legendary but now defunct Devil's Ruin Records. Uncle Sinner did actually release a collection with outtakes and rarities, "A Pocketful of Glass Eyes" (digitally only) as a fundraiser in March 2014. However, Uncle Sinner's opinion was that it varied in quality and didn't form a proper album. Anyway, it was rough and stripped down to the bone. In another context Uncle Sinner expressed that “Let the Devil In” will sound much better than the tracks on "A Pocketful of Glass Eyes" and for the most part the tracks will be a bit more complex (but not too complex). The moment of truth is now here. 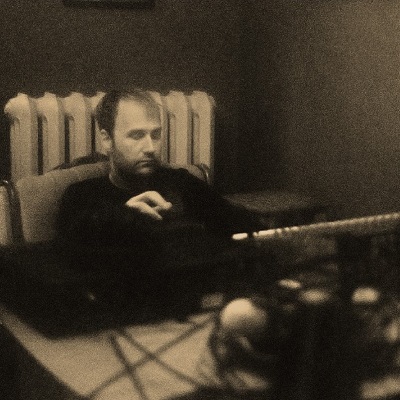 In my mind there has never been any doubt that "Let the Devil In" would see the light of day. It has only been a question of when, how and what. The new album follow the modus operandi associated with Uncle Sinner. That is, take a couple of songs you adore from the copious well of root music, bring them to the smithy and forge them into a new shape and form, but still possible to discern. The songs are, as I have explained in the main article about Uncle Sinner, not covers in a traditional sense. They are something more and something else. Within the boundaries of total artistic freedom Uncle Sinner both add and subtract and takes liberties in changing the tune and lyrics. The album "Let the Devil In" is released in cd format and digital download will follow. The album is released at his very own Stomp the Bug Records (see bottom left for how to order). Kudos to Uncle Sinner for releasing the album in this doomed format. The physical disc is placed in an envelope-like album cover together with a 12-page booklet. The booklet contains notes about the songs, track credits and, last but not least, extraordinary photos of which some are from the Interlake region between Lake Winnipeg and Lake Manitoba (a.k.a. ”Sinterlake” in the world of Uncle Sinner). The album art is designed by Gal Stark Arad-Kabiri. A sinnerific painting was designed and intended for the album cover, but it wasn’t quadratic (see the cover here) and you don’t cut in a work of art in order to fit it within a frame. The album contains 13 songs of which one (the title track ”Let the Devil In”) is an original song. The selection of songs is almost faultless. In my opinion, two of the songs (”Little Girl in Rome” and ”Milkcow Blues”) could and should have been left out. They are not bad choices per se, but there are definitely more interesting songs in the well. However, it’s a peripheral remark. The rest of the album is solid. The album is similar to the debut album in terms of content and themes. However, some of the songs shines brighter than others. The songs with the highest luminosity are ”Blow, Gabriel”, Wolves A-Howling”, ”Jesus Was a Dying Bed Maker”, ”900 Miles” (a.k.a. ”Train 45” or ”Reuben’s Train”), ”Black Betty” and ”Oh Death” (not to be confused with the better known ”O’Death”). The original song of Uncle Sinner ”Let the Devil” stand the test of comparison with other songs on the album. No doubt about that. 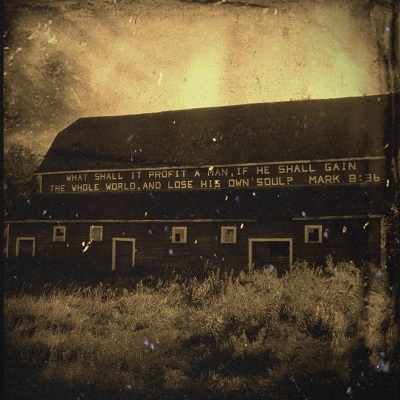 Uncle Sinner considers himself as an idiot when it comes to recording, mixing and other technical issues. But, with a little help from his friends he pulls it through. The arrangements and performance are wellproduced, but a bit raw. On the other hand, you don’t want an overproduced album from Uncle Sinner, if that’s even possible to imagine. The sound quality on the album is brilliant. Uncle Sinner is a multi-instrumentalist, but the songs are mostly banjo-driven (which is a good thing). On the new album he lives up to his previous artist presentation where Uncle Sinner “enjoys hollering, guitars, banjos, mandolins and rage." Uncle Sinner’s singing voice is at least as dark, raw and unpolished as on the debut album. The final song is ”Wayfaring Stranger”. This choice is associated with considerable vertical drop. I mean, there’s always room for another version of this traditional hymn, but at the same time what can possible be left to do with this overly covered song, especially after Johnny Cash once and for all raised the bar for how it should be done in his American Recordings series. However, Uncle Sinner surprise me, definitely you and maybe even himself in this very spectacular version. The song starts with a lingering and melancholic banjo loop for almost half a minute before the vocals start. Uncle Sinner give it all he got. No holding back or timidity here, on the contrary, it’s just brute force. The thing that makes this particular version of ”Wayfaring Stranger” so outstanding is the very long instrumental parts between the verses, where there’s only the banjo playing (and some muffled foot-stomping) slowly and majestically spreading out. It's also very gothic (which always is a good thing). The instrumental passages are moments when time almost stands still. The hymn "Wayfaring Stranger" goes smoothly over into ”Wabash Blues” after circa 5,35 minutes and the tempo increases markedly, but after a short while the song fade out quietly and in style. As you already may have guessed ”Wayfaring Stranger/Wabash Blues” is the clearly best song on the album. And finally, the overall assessment: does the album sound much better than the tracks on "A Pocketful of Glass Eyes" and are the songs for the most part a bit more complex (but not too complex). The answer is, of course, yes. The new album is at least as good as "Ballads and Mental Breakdowns". In fact, with "Let the Devil In, I can now wait six years for a third album. But then, I have been equipped with the patience that withstands a comparison with Job.