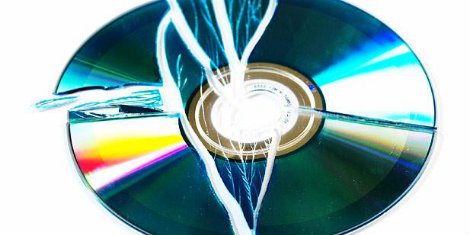 Annus Horribilis is here. This is namely the year the cd really died. It was just apparantely dead before. The death cause was unnatural death induced by a combination of new technology and a change in consumer demand. However, CD sales peaked worldwide already in 2000 and it has been a very long and painful death struggle. An inevitable gasp, wheeze and death twitch could be noticed last year. This was particularly noticeable in Sweden, a country full of anxious early adopters, and supported by sales statistics. In 2014 3 895 000 cd albums were sold in Sweden. That means 0,4 cd albums per capita. I bought 133 cd albums in 2014 (I admit, this was a poor year). In 2013 and 2012 the sales figures were 5 795 000 and 8 440 000 respectively. In 2000 as much as 23 838 000 cd albums were sold. The interesting thing isn't the sales decline in itself, but the pattern the last three years. You would since 2000 expect some large shifts in sales and then a proportional decline. You would also expect smaller and smaller decreases, when you reach the segments of hard core buyers like myself. But this is not the case, on the contrary. Calculated as percentage change versus previous year, the drop in sales has actually increased the last three years, despite lower and lower absolute sales levels. The change in sales is -15 percent 2012, -31 percent 2013 and -33 percent 2014 (!). I'm a full-blown reactionist when it comes to formats, but I have reluctantly come to accept that the cd format is dead. However, I'm not going to change format. The master plan, until now, has been to buy uncompressed physical files and then burn them on long-lasting and high-quality cd-r. I have to force myself back to the drawing board again, since digital sales also is dropping rapidly but have now stabilized. The change in sales is -25 percent 2012, -23 percent 2013 and 3 percent 2014 (!). The revenues from digital downloads now accounts for less than five percent of total sales. Who knows how long uncompressed digital downloads will be available for sale until streaming takes over completely. Let me for the sake of clarity declare: I hate streaming very deep and intensely, especially Spotify. Ugliest music streaming service I ever seen, no fair reimbursement to the artists and the sound quality is terrible. I don't know what I will do when there's only streaming left. In worst case scenario, I will decelerate and only listen to music that has been released in cd format and join a group of cd death conspiracy theorists. CD is a highly slandered format. In my opinion, it's a practical format by which you can to listen to an album in its entirety without any break (just as the artist intended) with adequate sound quality (most important no scratches or hissing). Annus Horribilis is here. If you want peace, prepare for war.