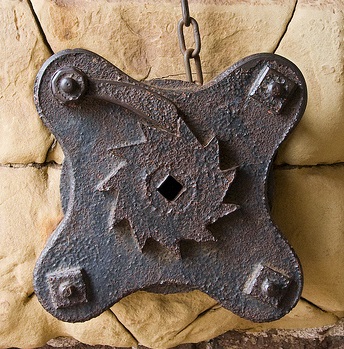 Time to stand up and be counted (or to be accounted for). I launched this website exactly four years ago. The first blog entry I posted had the fateful title "So it begins...". Three years ago I posted a one-year anniversary blog post with the expectantly title "So it continues..." in which I discussed the past, present and future for the site. Two years ago I posted a two-year anniversary blog post with the prosaic title "And so it goes on and on and on and on and on..." in which I did some merciless following up on ambitions and promises. One year ago I posted a three-year anniversary blog post with the patronizing title "The necessity of content gardening" in which I stated that a website, with proper content gardening, could live forever. Today I will focus on how organic growth of the website have created a ratchet effect.

The content of the site has grown, but the growth rate has decreased. Here are some hard facts to back this up: since last year there are zero new articles, 7 new artists in the table, 5 new lists and 17 new blog entries. My modus operandi for adding new articles is that first I buy all the artists physical albums and then, and only then, I write the article. This isn't always a good working method when the catch of rare cds is close to zero. However, this coming year will be different (at least two new articles will be published). The number of new artists in the table is the same as last year. The number of new lists is only half of last years production, which probably only reflects the fact that it's getting harder and harder to come up with an idea of something to make a list of. There are definitely more blog posts this year. Not really sure why. Maybe it's a subliminal compensation for the other departments. Should I be worried about the growth rate? A decreasing growth rate is expected when the most of the important artists and bands are covered. No need to worry.

I found a really interesting paradox. The growth of new content is decreasing, while visitor statistics is increasing. How can that be? One should expect fewer visits when the site isn't updated with new content on regular basis. The answer is that the web indexing and the Google algorithms seems to be doing its thing. Don't ask me about the details, but there's a ratchet effect. A ratchet is a mechanical device that allows continuous linear or rotary motion in only one direction while preventing motion in the opposite direction (see picture above). There are ratchet effects in almost every scientific field which refer to escalations in factors that tend to self-perpetuate. In this particular case, the website has reached a certain critical level (ratchet) which creates a new dynamic which drives traffic to the website.

The most visited pages on the site are:

I consider no. 4 as a sign of that I'm influential and normative in the field. I have always dreamt of becoming the high priest of something.

There are 62 articles published under the menu "Articles". The "Artists" department is a simple table overview, but one of the most visited pages. At the moment there 135 artists. There are links to the "Albums" department and, where applicable, a link to ”Articles”. The "Albums" department consists of plug-in product (Music Collection). The "Lists" department (artists, albums, songs and miscellaneous) contains 32 lists. The Miscellaneous department have only 9 links, but on the other hand a beautiful ivy stem. At the moment there are 99 blog entries. The "Contact" form works as it's supposed to.

I take some pride in that the website is up and running twenty-four seven. I can proudly say that there's been no disruptions of any kind during the last year. I also take some proud in that everything is correct on the site. If you stumble over any obsolete or incorrect information or, even worse, dead links don't hesitate to contact me and I will fix it.

I recently got an e-mail from Daniel Parker, allegedly a digital marketing expert (DME). Mr. Parker wanted to help to attract more visitors and overturn my competitors. In Mr. Parkers auto-generated e-mail (with imposition of hands to pass the reCAPTCHA spam robot filter) there were remarks about low PR link building and lack of social media promotion on the site. Did I request any services? No, I didn't and here's why. First of all, a DME who has a simple gmail-address. Not very dignified. Second, a DME whose e-mail goes directly to the junk mail folder. Not very trustworthy. Third, a DME who don't have the basic skill to create spaces between auto-generated text. Not very impressing. But, all this is subordinate. What annoys me the most is the presumption of earning money from visitors and advertisers. The site is non-profit and free of advertisment. This is the way it has been and will always be.

I will go on untiringly within the limits of family, work and other duties.