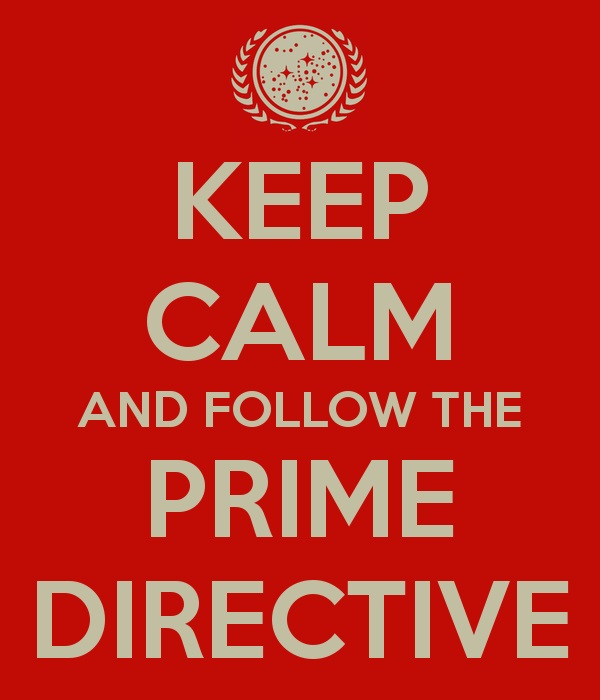 I have committed myself to follow the Prime Directive. The directive prohibits the protagonists from interfering with the internal development of other civilizations in the fictional universe of Star Trek. The rules are simple. "No identification of self or mission. No interference with the social development of said planet. No references to space or the fact that there are other worlds or civilizations." Things could go wrong. Leadership role-model Jean-Luc Picard hit the nail on the head: "History has proved again and again that whenever mankind interferes with a less developed civilization, no matter how well intentioned that interference may be, the results are invariably disastrous." My wife, who is a enlightened TNG-trekker, objected to my ill-considered commitment. Firstly, the Prime Directive only apply to less developed civilizations. The gothic country genre is, of course, the highest of civilizations. Secondly, I've violated the Prime Directive constantly by contacting artists, writing articles, reviews and blog posts. And moreover. My mission statement for the website "To explore and promote gothic country, southern gothic, gothic americana, american gothic and dark americana and ...whatever" is in open and direct conflict with the Prime Directive. I got myself into a difficult moral dilemma. Captain Picard always found a way. However, my ethical dilemma was solved brutally and in a blink. The Internet Foundation in Sweden, IIS, is an independent public-service organization that acts to ensure positive development of the internet. In their annual report "Swedes and the Internet 2018" they concluded that 98 percent have an internet access and 90 percent own a smartphone. But only 1 percent runs a homepage or blog. And, even a smaller percentage visit or follow them. Apparently, I belong to a civilization which is below the threshold of technological, scientific and cultural development. I don't have to think about following the directive. The directive protects me. My mind boggles when I think about it. It's like holodeck-gone-bad plot without the episode filler feeling.