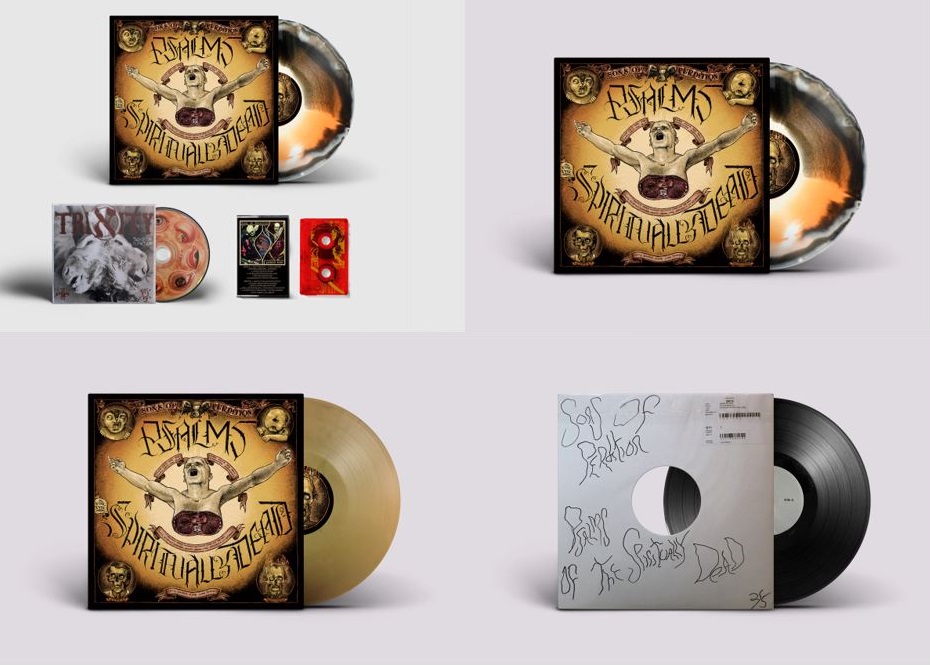 Sons of Perdition's immoderate album "Psalms for the Spiritually Dead" (PFTSD) has never been released physically. Until now. It was originally released in 2010 as a download only album. In 2014 a remastered version followed. According to Zebulon Whatley, it's louder and a bit brighter than the original version. Nine years after the original release the small label Secret Records in Madison, Wisconsin will release the gloomy album on vinyl. The label specializes in very limited editions of vinyl and cassettes. It's run by Vincent Presley (touring member of Those Poor Bastards). Preorder the vinyl here (opens in a new window). Secret Records offers a wide range of different alternatives: a limited edition Bone/Black/Orange swirl for $30 (100 copies), a limited edition GOLD vinyl for $25 (150 copies) or Test pressing on black vinyl, white labels and hand-written jackets for $75 (5 copies). You can also preorder the Vinyl/CD/Tape BUNDLE DEAL for only $40. It contains PFTSD on either color of vinyl, a CD of Trinity, and; the Gathered Blood / Spilt Blood Cassette at a discount. That's what I call a good deal. All offers includes unlimited streaming via the free Bandcamp app. Zebulon Whatley's idea for the sound on PFTSD was "overwhelmingly bleak". Mission accomplished and greatly exceeded. It takes a certain kind of disposition to listen to the album in one swipe. The vinyl format has the advantage that you can divide the overwhelmingly bleakness into two fairly equal parts.