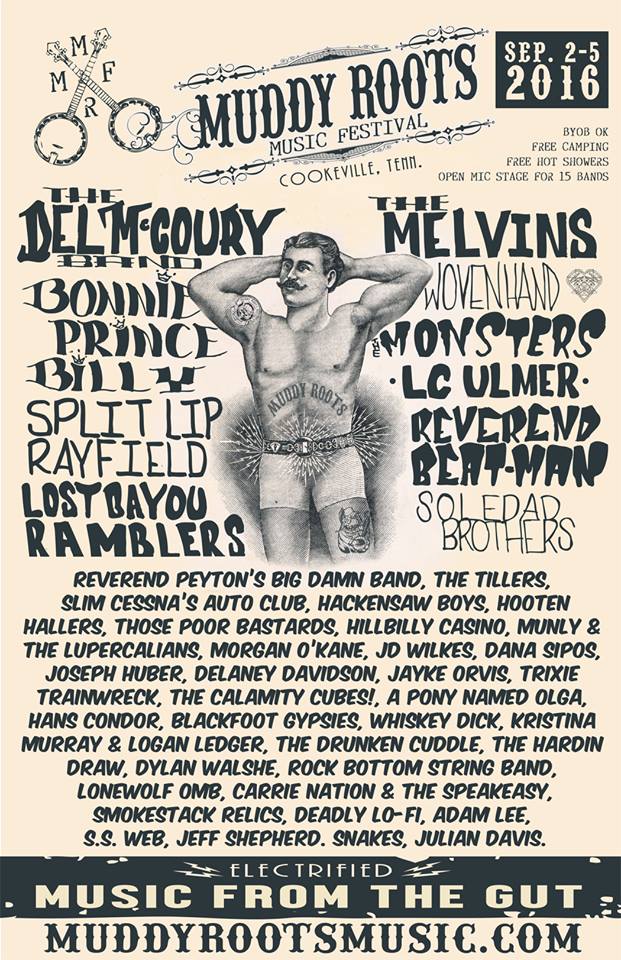 Time apparently flies and it's a new year again. This past year has somehow flown away. It seems like it was yesterday that I wrote a blog entry;"What to expect and wish for in 2015". In fact, it was exactly a year ago. This weak perception of time probably means that I'm getting old. Now it's time to look ahead again. It seems appropriate to start with some following-up from last year. At the time there were four albums in the making: "Fossils" a split album by Sons of Perdition and Jaran Hereid, "Giving My Bones to the Western Lands" by Slackeye Slim, "Let the Devil In" by Uncle Sinner and "High Desert Hymns" by Palodine. All four albums met or exceeded my high expectations. Unfortunately, one wish didn't come true in 2015, namely that The Victor Mourning would release a second album. TVM seems to be busy with other projects. I also had other wishes for 2015. For instance, that I could find at least one of the hard-to-find four missing albums, read more here (opens in a new window). Of this pious hope came of course nothing (Reverend Glasseye released "One Year Lost at Sea" digitally in 2015. It's not the same as owning the physical album, but still it's better than nothing). What can we expect from 2016? Actually, Pinebox Serenade will release their long awaited EP "All is not Lost" today. I also think it safe to say that Sons of Perdition and O'Death will release albums later this year. I know for a fact that Palodine will release a new album (probably a double album) and that T.K. Bollinger will release a promising album soon. That's about all I know. To make it easier to monitor the genre I have created an incognito Facebook account to follow news from artists and bands. And there's not much recording going on as far as I can tell. Maybe this is the sign of the times. Not good news if that is the case. And what about the wishes for 2016? Let's start with the more unrealistic ones. A new gothic country album from Christian Williams is probably too much to wish for. But, you should never say never. He wrote earlier on his Facebook page that he seriously was thinking about playing his gothic songs live and writing some new ones. A second album from The Victor Mourning would be very appreciated. I believe that they have material for a sophomore release in them. Not entirely unrealistic, but very unlikely is for me to visit the Muddy Roots Music Festival in Cookesville, TN on 2-5 September 2016 (see advertise to left). The distance from here to there is 7 320 km or 4 548 miles as the crow flies. Despite the excellent possibilities of free camping and the opportunity to bring your own beer the airline ticket doesn't come cheap so I will probably confine myself to follow the updates from the event. After all, I prefer listening to music on my old high-end stereo on my own rather than go to concerts (there are exceptions). The list of artists and bands is amazing, especially Wovenhand, Slim Cessna's Auto Club, Those Poor Bastards, Munly & the Lupercalians, Joseph Huber and Jayke Orvis (ex .357 String Band) and Carrie Nation & the Speakeasy. Furthermore, I still haven't given up hope of laying my hands on at least one of the hard-rather to-find four missing albums (see above). Despite my depressing album collector statistics maybe it's time for some reverse strategy. Instead of lowering your expectations you should raise them. Therefore, I wish for the complete catalogue from the defunct label Devil's Ruin Records. In fact, there are only 8 to 10 album missing in my collection, but to make it complete is almost an insurmountable task. Maybe - for my piece of mind - it's better to focus on things that I directly or indirectly can influence, like this site. On March 1, 2016 the site will reach its second birthday. Maybe then the visitor counter will have passed 30 000. However, the only thing that is certain for 2016 is that I will have spam referral visits.